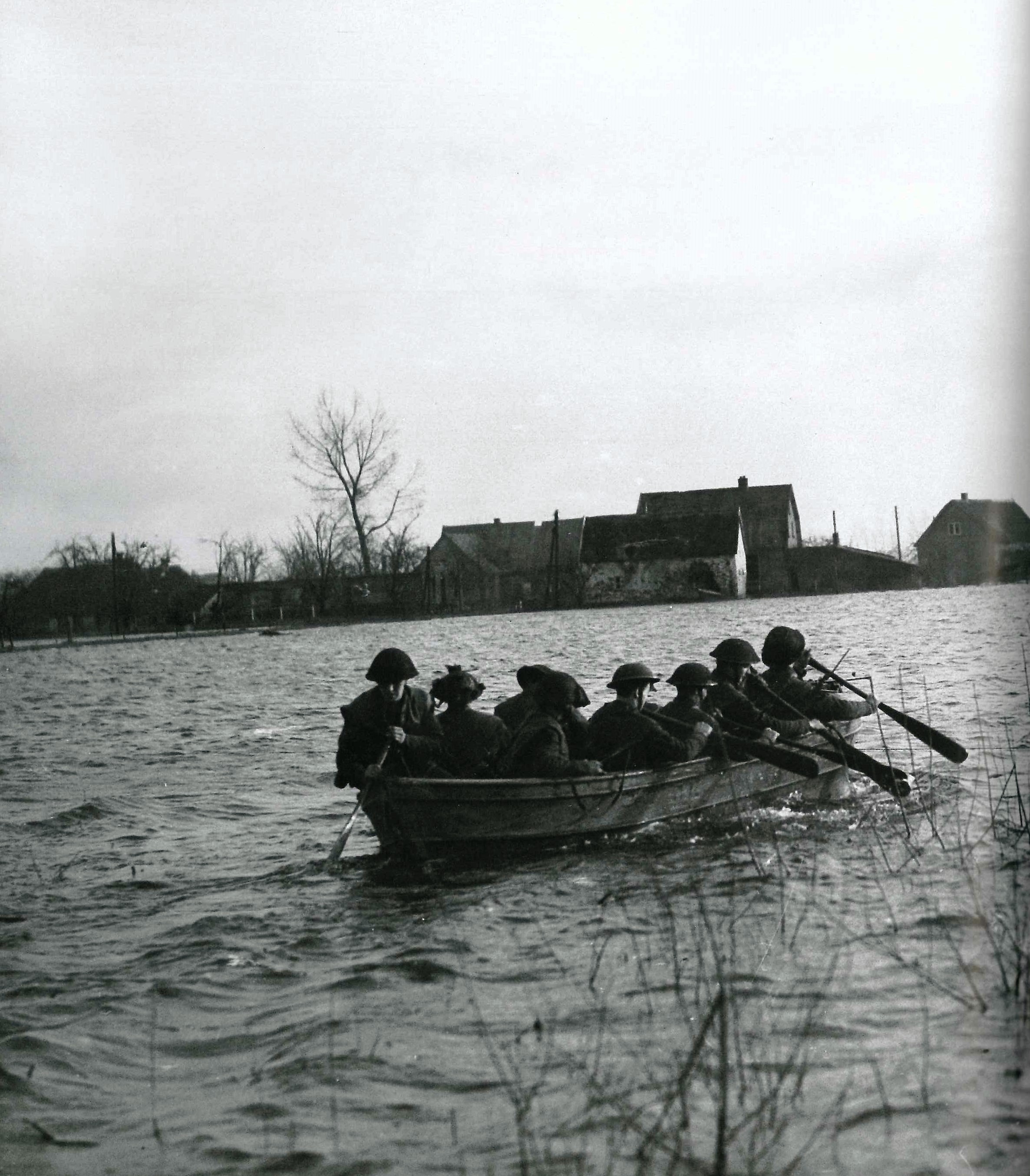 Mark Barnes has spent years in The Times’ digital archive compiling some of the most stunning, tragic and brutal photos of the war. He has made the compilation into the book The Liberation of Europe 1944-1945. These photographs have not been seen until now.

I’ve spent nearly four decades working with picture archives and have enjoyed a lifelong interest in military history and photography. Combining the two has allowed me to do all kinds of stuff over the years with many happy days spent exploring battlefields and messing about with military vehicles and weaponry. I have been working as a freelance writer and photographer for over fifteen years and nowadays I devote much of my spare time to reviewing books and writing and illustrating occasional features for my friends at War History Online.  My day job sees me working at an archive thought to hold upwards of 70 million images where I have built a strong reputation for my knowledge of military pictures and much more besides.

The genesis of my book goes back to 2000 when I was selecting photographs for a digitisation project. I noticed that work by the two principal photographers featured in my book showed similar scenes. They were working in and around Munster when the city was assaulted by the US 17th Airborne Division supported by armour from 6th Guards Tank Brigade at the beginning of April 1945.  The two Bills, Warhurst and Tetlow, had photographed a column of tanks in Appelhelsen and had snapped the same tank carrying a squad of airborne troops.  Other images indicated they must have been working together as the assault unfolded. I really liked the coincidence and thought it would be interesting to present their work together because this was unlikely ever to have happened as they were employed by different publishers whose archives are now under one roof.

Sixteen years after I first matched the Munster prints, my wish has become reality. I have been able to take hundreds of images from the North-West Europe campaign and present them as a narrative. I am thrilled with the end result.  The project offered scope to show the huge variety of subject matter covered by photographers from The Times and Kemsley Newspapers contributing to the British Newspaper Pool.  A significant number of images taken by these photographers were not released to the Pool and many have never been seen because of wartime censorship and other factors. To give some idea why, it is worth remembering The Times ran a picture page rarely showing more than half a dozen images per day during the war. This page covered worldwide events and the images taken by Bill Warhurst and others were not guaranteed a regular slot. Wartime restrictions on the use of newsprint impacted on the use of photography over at Kemsley Newspapers as well, and while the company owned a range of titles there was still only so much space for images from the campaign.  So my book presents a unique gathering of images from the victory in Europe brought together for the first time.

I have been researching images for over a decade and the real push came when I collated all the Operation Market-Garden material for the seventieth anniversary.  I learned a lot from doing that task and began to conceive ideas for a wider project.  Although my department was going through a period of significant change my managers appreciated what I wanted to achieve and let me get on with it.

Making the edit was a challenge because there are many more images I would like to have used.  I had to discipline myself not to go off on tangents or be swayed by dramatic images of tanks, especially my favourite Shermans, which didn’t add anything to the bigger story.  While I knew I would have to place it all in the context of the events from D-Day onwards, I felt the majority of images could tell their own story with a degree of added interpretation. The final selection works both as a general history and as a photographic book. It acknowledges the contribution of Britain and Canada to victory in Europe, a factor largely overlooked by recent films and television dramas that have such a strong influence on perceptions of the campaign. It gives an introduction to how press photographers worked during the North-West Europe campaign at a time when the difficulties in getting their material back to London were significant.

The men whose work is presented in my book did not travel to other fronts far from home. They spent years recording the war in Britain before the chance came to get their feet wet. In most cases they would pair up with another photographer or journalist and travel with the advancing army in a jeep with a military driver. They were carefully controlled and did not go off looking for exclusives that might undermine the war effort. Although a number of correspondents were killed or wounded during the campaign press photographers were people who calculated the risks involved.  Despite this, men like Bill Warhurst would often go ‘looking for trouble’ and frequently found it.

I really want to make stars of the photographers, especially Bill Warhurst; a man who had done so much in his career before the Second World War. Bill, actually Herbert William, had learned the trade working with his father and like most photographers of the day had spent years doing the dirty jobs in dark rooms before he went anywhere near a camera.  In those days press photography was a respected trade within the newspaper world and the photographers rarely got by-lines or recognition. They had to be ready for any situation although they pretty much all developed specialities. Bill was noted for his landscapes and naval scenes.  I have seen several of his shots showing the Royal Navy at work in heavy seas and images he took on flights from aircraft carriers in the late 1930s. His rural landscapes showing idyllic agricultural scenes were just the sort of thing much of The Times readership liked to see. He photographed royalty, covered the Italian invasion of Abyssinia (modern day Ethiopia) and was in Egypt during the excavation of Tutankhamun’s tomb where he had a difficult relationship with Howard Carter’s official photographer Harry Burton. There really wasn’t much Bill hadn’t done.

Bill Tetlow was also a Herbert William and was a truly brilliant photographer. He moved around quite a lot and covered events all over the world. He appears to have joined Kemsley Newspapers to get a piece of the war and he certainly made the most of the opportunity. I spoke to some veteran photographers who knew of him from their early careers, but never met him.  I only found two images of him in the archive – 35mm frames taken during the Nuremburg Trials.

Of the others, Eric Greenwood and Cathal O’Gorman had long careers at The Times, while Frederick Skinner and RH Clough are a bit of a mystery.  One of the veteran snappers I talked to could recount stories of many wartime press photographers he had met when he was starting out and even told me about one who had attended the executions of leading Nazis after Nuremberg; but I was unable to get on the trail of Clough or Skinner, even with the help of a genealogist.  Two of the unsung heroes of the book are Herbert Muggeridge and Robert Chandler. Happily, I found a photo of them together dating from 1938.

Press photography from the era of glass plates has long been a passion of mine and working in an archive holding millions of them is a delight. I have become so wrapped up in it I have bought a restored ex-US Army 1943 Graflex camera to play with and it will be interesting to see how I get on. I haven’t processed films for quite a while and don’t propose to start; but I know a man who can and hope to see if I can emulate the skills of the wartime press photographers I admire so much.

Mark Barnes is a librarian at The Times. His groundbreaking work has been compiled into The Liberation of Europe 1944-1945. Out now.