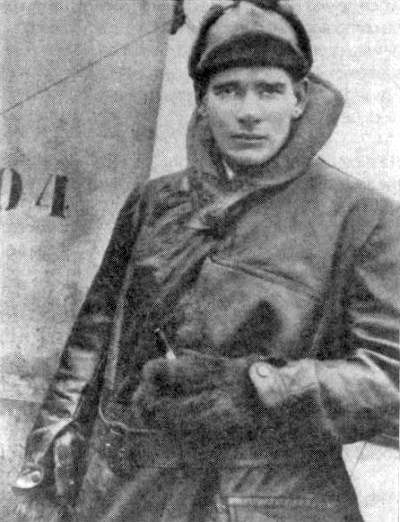 Mick Mannock was the most successful British fighter ace of the First World War and the inventor of many fighter plane tactics still used today. The following extract is taken from the Casemate Short History book Fighter Aces by John Sadler and Rosie Serdiville.

After Alfred Ball’s death in 1917, Britain had no von Richthofen as both top ace and tactical inspiration. They did have Mick Mannock though, another who would go on to receive the Victoria Cross. Not a natural ace perhaps and, at 30 in 1918, a very old man indeed. In 1914, he’d been working as a telephone engineer in Turkey, returning home to join up and fight his former employers. He served first with the Royal Engineers and then with Royal Army Medical Corps before transferring to the RFC in 1916.

His early career in the skies during 1917 with 40 Squadron showed no great promise. A deeply introverted man, there were those who suspected he was windy or faint-hearted perhaps.

They were to learn differently. He was to emerge as a sound tactician, analytical, cautious, the very opposite to a lone wolf such as Ball. He stressed the need for professionalism within a team environment. Ira Jones was a great admirer:

On 30th April 1917 Mick took me up to ‘see me right’ as he put it. Near Poperinghe, we spotted a Hun two-seater. Instead of signalling for me to go down with him, he told me to stay where I was. All signals are given by hand-movements and moving the aircraft in various ways. By this time we were circling around the Hun and had the sun behind us. When we were almost directly ahead of the Hun, down goes Mick like a rocket; he positioned himself so that the pilot could not see him because of the upper wing, and the observer was looking the other way for the expected form of attack from the rear. He gave it a quick burst and then pulled up a long, curving climb to join me. As he pulled alongside, he waved his arm down at the running German and nodded at me to get it. I went down on the Hun’s tail and saw that Mick had killed the gunner, and I could attack safely. He had set the Hun up for me and deliberately killed the gunner to ensure that I got my kill.

His service with 40 Squadron ended on a high note. He believed in tactical flexibility and, wherever possible, in maximising the vital element of surprise. A surprised enemy, attacked from an unexpected direction will take seconds to react and evade. That’s your window for killing him. The air fighting of 1918 was very much about attrition. His long-sightedness was legendary and a tremendous asset. He began the final year of the war serving in Britain where he met Ira Jones who came to revere him:

The fact that I am still alive is due to Mick’s high standard of leadership and the strict discipline on which he insisted. We were all expected to follow and cover him as far as possible during an engagement and then to rejoin the formation as soon as that engagement was over. None of Mick’s pilots would have dreamed of chasing off alone after the retreating enemy or any other such foolhardy act. He moulded us into a team, and because of his skilled leadership we became a highly efficient team. Our squadron leader said that Mannock was the most skilful patrol leader in World War I, which would account for the relatively few casualties in his flight team compared with the high number of enemy aircraft destroyed.

Like von Richthofen, Mannock was an inspirational teacher, though he had no love for the German ace: ‘I hope he roasted the whole way down’ was his only comment when the Red Baron finally cashed in. His gospel ‘Gentlemen, always above, seldom on the same level; never underneath’, spread, his individual preaching became the mantra of the RFC. He stressed the need for team work; air fighting was no longer for lone wolves. There were too many enemy formations in the sky, the wolf was dead meat.

Mannock scored over 60 kills and greatly influenced and inspired tactical innovation. On 26 July 1918 he took off on an induction flight to give newcomer Lieutenant Douglas Inglis, a Kiwi novice, his first taste of the Western Front and, hopefully, a taste of action. The action took the form of an LVG two-seater which was duly sent down in flames. Mannock, the master, then broke one of his own rules by diving to check the crash site. This was directly over enemy lines and his dive was greeted by a storm of ground fire. Generally, this wasn’t effective but that day the infantry got lucky – bullets riddled his engine. Mannock crashed and was killed. He has no known grave. His testament survives: